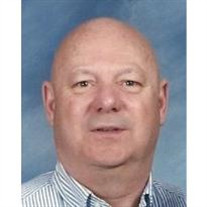 Walter Henry LaCroix III of St. Clair died Saturday, November 26,2011. He was born September 21, 1936 to the late Walter H and Mary Durand LaCroix in the front bedroom on South 6th Street in St. Clair. On July 9, 1960, Walt married Patricia Anne Winters in St. Mary’s Catholic Church, St. Clair, where he was a life Member. Pat preceded Walt in death on December 20, 2008. Walt graduated from St. Clair High School in June of 1955, attended Port Huron Junior College, graduated from Palm Beach Junior college in December of 1964 and the University of Michigan in August of 1967. As a youth he peddled the Times Herald newspaper in St. Clair, then at the age of 12, he began his professional career popping popcorn at the old “Pop Slendak’s” St. Clair Theater; at the age of 16, he bused trays at the St. Clair Inn and then toward the end of age 16, he became a merchant marine and sailed the Great lakes on the freighter, William H. Wolf, as a deck hand. In August 1955 he joined the Army, working as an electronics technician on the “Nike” guided missile, attaining the rank of sergeant. After his May 1958 discharge, he worked at Mueller Brass and attended Port Huron Junior College. In 1962, after relocating to Lake Worth, Florida, he worked as an instrumentation technician on rocket engines for Pratt Whitney, and at the time has the good fortune to meet the seven original astronauts; He also attended and graduated from Palm Beach Junior College. In the winter snow storm of 1965, he returned to Michigan, worked, and in September continued his education and graduated from the University of Michigan in August of 1967 with a BBA. Walt was in business for himself when in October 1978 he suffered a major heart attack, had quadruple by-pass surgery in February 1979, became medically retired and job wise was incapacitated thereafter. In October of 2004, he had a heart transplant at the Cleveland Clinic. Walt enjoyed being with his wife of 48 years, daughter, family, friends, granddaughters, Karly and Allie, who he and his wife assisted in their music, dance, gymnastics, schooling and life. He also enjoyed to cantor and sing in the St. Mary's Church choir, dancing, golf, cards, pool, hunting, fishing, boating, 4th of July river float-downs on rafts, swimming, diving, watching sports on TV, his family history in old St. Clair and on Harsens Island and his work with the Society of St. Vincent DePaul. He is survived by his daughter, Kelly Danhausen, granddaughters, Karly and Allie, sisters and brothers: Shirley (Paul) Downey, Jerry (Mable) LaCroix, Richard (Catherine) LaCroix, Jon (Glenda) LaCroix, Gloria (Randy) Schantz, Diane (Ted) Topper. Brother and sister-in-law: John (Mary) Winters and Sharon (Ray) Nix and several nieces and nephews and their families. Visitation Tuesday 2-4 and 6-9 PM in the L.C. Friederichs & Son Funeral Home. With Rosary Tuesday evening. In state Wednesday at St. Mary’s Catholic Church, St. Clair From 9:30 AM till mass at 10 AM. Burial in St. Mary’s Cemetery. Memorials to St. Clair Ecumenical Food Pantry. Arrangements by L.C. Friederichs & Son

The family of Walter Henry LaCroix III created this Life Tributes page to make it easy to share your memories.