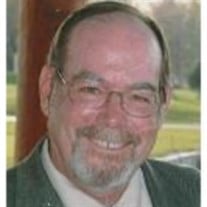 Thomas W. Monticello, age 68, of St. Clair Twp., was born on June 29, 1953, and died peacefully at his home on Monday, December 20, 2021, surrounded by his family. Tom was the eldest of William and Kathleen Monticello of Redford Township. Tom is survived by his wife, Cindy, and children, William (Sarah Dionne) Monticello, David Monticello, and Laura Monticello. He was preceded in death by his parents and in-laws, Harvey and Illine Hayes. Tom excelled as a student at St. Patrick’s Catholic School in Dumbarton, Scotland. Tom graduated from the University of Michigan and majored in Chemistry and Chemical Engineering. He was a member and past president of the Michigan Society of Professional Engineers Blue Water Chapter. Additionally, he served as a member of the Emergency Management Team for St. Clair County. Tom was employed as a power plant maintenance engineer for Detroit Edison and project manager at DTE for 36 years. Tom is survived by siblings, John (Carol), Daniel (Elizabeth), Anne Marie (Hans) Schuster, Michael (Lenore), James (Julia), George (Michelle), and Robert (Michelle). Uncle Tom is survived and will be missed by many nieces and nephews. He is also survived by in-laws, Vickie Hayes, Kim (David) Rector, and Andrea Hayes. Tom enjoyed riding the tractor, cutting the grass and finishing his to-do lists. He was an avid reader; Science Fiction was his favorite. He enjoyed golf and spending his time with extended family, friends, and Legacy golfers at the cottage in Lexington, Michigan. Tom was fortunate to be a survivor of liver disease. In 2014, he received a living donor liver transplant from his daughter, which gifted him several years of healthy living. In his memory, we encourage others to become organ donors and give the gift of life. Arrangements are with L.C. Friederichs and Son Funeral, St. Clair. Visitation will be on Monday, December 27 from 4:00 - 8:00 p.m. with the praying of the rosary at 7:00PM. A funeral mass will be held at 11:00 a.m. on Tuesday at St. Mary’s Catholic Church in St. Clair. Interment will be at Ruby Cemetery next summer. In lieu of flowers, the family asks that donations be made to AYSO Region 673 (PO Box 133, St. Clair, MI 48079). To leave the family a message of comfort please visit: www.lcfandson.com

Thomas W. Monticello, age 68, of St. Clair Twp., was born on June 29, 1953, and died peacefully at his home on Monday, December 20, 2021, surrounded by his family. Tom was the eldest of William and Kathleen Monticello of Redford Township. Tom... View Obituary & Service Information

The family of Thomas W. Monticello created this Life Tributes page to make it easy to share your memories.

Send flowers to the Monticello family.