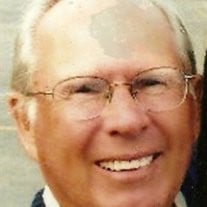 St.Clair Frederick S. Moore Because his eyes were always trained on Our Father, FRED MOORE, lived a life that honored all humankind. Knowing him or just meeting him, he made you feel important, better, uplifted. It is with an ache, but gratefulness, too, that his family announces his passing. The values and virtues he demonstrated as he scootered through life were “for real”, his optimism and cheerfulness unflagging despite his declining physical capabilities. He was always thinking of ways to better the community and town that he loved, St. Clair on the River. He was born in St. Clair to Charles and Christine Moore in May 1938. He left for boarding school, then Denison and ultimately obtained a Business Degree at Harvard. He valued education, loved language and its proper use and taught his daughters square roots and mathematical “tricks” at a very young age. An athlete, he won the St. Clair Golf Club championship as a teen and then became a great tennis player who was always affable and complimentary to opponents. Sports on TV gave him hours of entertainment and occupied him as his mobility decreased and even though he might not be attending a Saturday U of M football game, he would dress in “Go Blue” colors to show his allegiance. In addition to his love of sports he looked forward to his routine lunch at “The Slide”. It wouldn't be more than a matter of moments after returning from out of town that he would be on the phone calling all of his “buddies” to schedule their lunch date. One family motto was: Have something to do, someone to love, and something to look forward to. He found plenty to do by “building community” through Community Foundation of St. Clair County, Rotary International, First Congregational Church and St. Clair Little League. Each of these organizations has benefited by his involvement and would receive donations in his memory. He was only in Florida a few days before the cold he caught turned into pneumonia and put him in the hospital for six days. His only sibling, Harriet, stepmother, Barbara, and two daughters, Lindsey and Annie were able to spend what became his last days with him there. He was flown to Michigan and passed in the home he grew up in Thursday morning. His California children, Nicholas and Alex, made repeated trips to St. Clair to shower Fred with their love and physical help. He would “tweak” this for me if he could...he gave me so much, honored me so much and I am a much better person for a marriage that spanned 33 years with this saintly, phenomenal man. Thank you, toots....Lezlynne Cremation has taken place. The family will receive friends Sunday, from 1-4 in the L.C.Friederichs & Son Funeral Home, St. Clair. A memorial service will be held Monday at 2 PM, from the First Congregational U.C of C, St. Clair. Arrangements by L.C.Friederichs & Son, www.lcfandson.com.

St.Clair Frederick S. Moore Because his eyes were always trained on Our Father, FRED MOORE, lived a life that honored all humankind. Knowing him or just meeting him, he made you feel important, better, uplifted. It is with an ache, but gratefulness,... View Obituary & Service Information

The family of Mr Frederick S Moore created this Life Tributes page to make it easy to share your memories.

Because his eyes were always trained...

Send flowers to the Moore family.