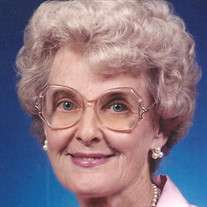 Dorothy Margaret Cooper, 89, of East China, died November 30, 2015. Dorothy was born in Portland, Maine to Herbert and Dorothea Flaxington on June 18, 1926. Dorothy grew up in Marine City graduating from Marine City H.S. in 1943. After high school she attended the University of California and Eastern Michigan University. Dorothy enjoyed caring for her family, home, and garden. She was a marvelous cook and baker especially of pies, which were enjoyed by family, friends and her bridge group. For many years Doctors Mayhew and Cato in St. Clair employed Dorothy. After retirement she and Bob enjoyed R.V.ing throughout the country. Dorothy was an active member of Immanuel Lutheran Church in St. Clair. In 1946 Dorothy married her high school sweetheart, Robert Cooper in Marine City. They enjoyed good health, their family, friends and travel until Dorothy’s decline with Alzheimer’s when Bob and family faithfully cared for her. The family has greatly appreciated the care Dorothy received at Visions AFC, from her physician, Dr. Thomas Wayne, Seasons Hospice and her Immanuel church family. Dorothy was preceded in death by her parents and sister, Jean Flaxington Smith. Her beloved husband, Robert, passed away October 22, 2014. She is survived by her daughter, Linda (Gary) Vander Haagen, Son, Bill and Grandson, Jordan Cooper, brother James Flaxington and several nieces and nephews. A celebration of life service for both Robert and Dorothy will be held at Immanuel Lutheran Church, St. Clair, MI on January 9th at 11:00 with Pastor Schwieger officiating. A luncheon at the church will immediately follow. Memorials can be made to Immanuel Lutheran or the Alzheimers foundation.

The family of Dorothy M Cooper created this Life Tributes page to make it easy to share your memories.

Send flowers to the Cooper family.