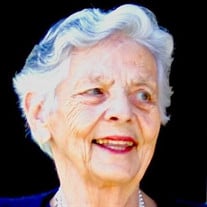 Bette Louise (Smith) Stubbs was born the third of four daughters to the late Russell and Vera (Akom) Smith, in Brigden, Ontario Canada on June 4, 1930. Beloved wife of the late Warren Eugene Stubbs (2004), Bette went home to Heaven at the age of 90 on September 9, 2020 at Thurston Woods Village in Sturgis, Michigan. Bette was a devoted daughter, loving wife and caring mother. Growing up in the farming community of Brigden, Ontario, Bette liked to play ball and ride her bike. She worked for the local doctor’s family and later took a job as a telephone switch operator. She joined the Order of Eastern Stars at the age of 18 and was a life long member of Brigden and later St. ClairMarysville Chapters. At the age of 15 Bette was asked to help with the wake of her piano teacher. It was while washing dishes that day that she met Warren. After serving in the Pacific during WWII and learning to drive, Warren made regular trips from St Clair, Michigan to Brigden, Ontario with a box of Whitman’s Chocolates and flowers, usually yellow roses, for Bette. Warren and Bette were married on December 30, 1950 and shared nearly 65 years together raising their four children and embracing their families. Bette enjoyed knitting, gardening and baking coconut bread, pies and tarts. Bette believed there was no place like home. She did not like to travel beyond Brigden to the East and Big Rapids to the West, where her mother’s family lived. Even so, one can count longer trips as the years passed including: Niagara Falls NY, Lion’s Head Ontario, Michigan’s Upper Peninsula and Mackinac Island, Portland Oregon, Edmonton Alberta, and eventually, to Scotland. Bette is survived by her four children: Christine Anne Ekleberry, John Kevin (Aletha) Stubbs, Sharon Lynn (Leon) Darga and Kim Roy (Jody) Stubbs and 9 grandchildren, 5 step-grandchildren and 15 great-grandchildren. Bette was preceded in death by her son-in-law Richard Ekleberry, daughter-in-law Kathy Stubbs and her three sisters Lorraine Thiessen (Glen), Lois Sharrow (Wayne) and Elaine DeVris (John). A memorial service will be held 11:00 a.m. on Saturday October 3rd at L.C. Friederichs & Son Funeral Home, St. Clair. The family will receive visitors one hour prior to the service. Interment will be at Hillside Cemetery, St. Clair. Due to Covid-19 face coverings will be required. To leave the family a message of comfort please visit: www.lcfandson.com

The family of Bette L. Stubbs created this Life Tributes page to make it easy to share your memories.

Send flowers to the Stubbs family.